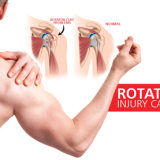 WHAT IS ACUPUNCTURE? Acupuncture is one of the ancient, most frequently used methods of remedy in the world. Deriving in China some 3,500 years ago, Conventional Chinese Medicine holds that there are as many as 2,000 acupuncture points on the human body, which are linked by 20 pathways (12 main, 8 secondary) called meridians. These meridians conduct energy, or qi (pronounced “chi”), between the exterior of the body and its internal organs. Each point has a different effect on the qi that passes through it. Qi is supposed to help control equilibrium in the body. It is influenced by the opposed forces of yin and yang, which symbolize positive and negative energy and forces in the universe and human body. Acupuncture is believed to keep the equilibrium between yin and yang, thus permitting for the regular flow of qi all through the body and revamping health to the mind and body.

It is a very secure and soothing form of efficient substitute medicine. Acupuncture is managed by cautiously inserting a very small, germ-free needle into a very precise point in the body, also called meridians. These meridians follow the body’s natural energy flow where certain points can symbolize specific organs or body parts.

Our clinic is well equipped with latest electrical modalities and exercise machines.